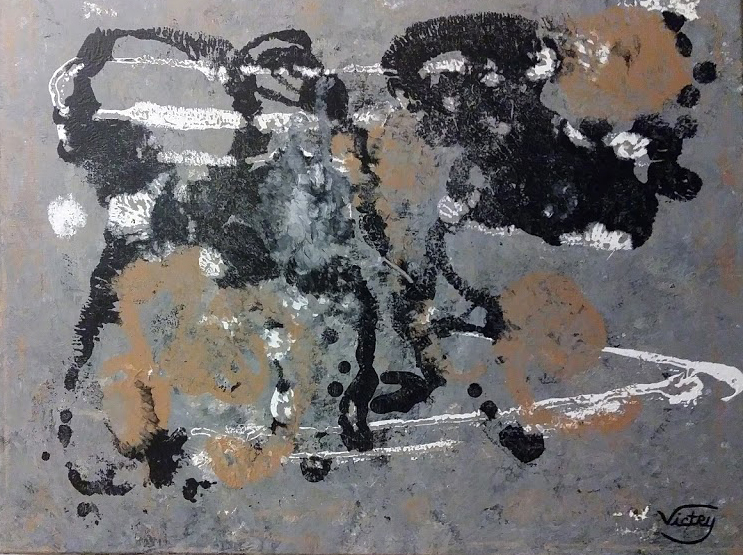 Horacio The Spanish Bull by Victry. "Horacio was one of the most docile bulls you could have ever met. He was born and raised in a Spanish hacienda surrounded by cows, pigs, horses, goats, and sheep. All such were considered to be his farm family. One day a fire broke out in the barn, the animals were trying to find a way to escape, but couldn't. Horacio was never trained as a fighting bull. So he never had a need to use his horns. However he had to act quickly to save his friends. He remembered when he was young how his grandfather used to be trained for a bullfighting event. Horacio stepped back several feet away from the barn door. All eyeballs were on him. On the count of three he charged! The barn door flew opened. All of the animals were able to escape thanks to the brave, but kind Horacio!"

Horacio was born using some acrylic painting of grays, black, white, and light brown. Horacio has some fur like black texture that gives him a more realistic bull like look. The wall behind him shows the age of the hacienda where this handsome bull resides. Buy Now